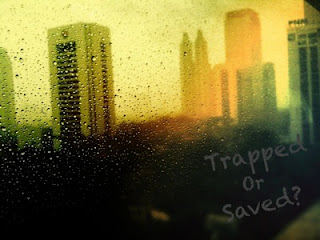 Actually, the title is bit confusing because what I want to discuss isn't anything about truth or dare game, but something about courage to telling the truth.
This mumbling (I called it) inspired when I was invited to my junior high school friend's wedding. When I was reading the invitation, I found something strange with my friend's title. My friend name there written with 'SE' title (Bachelor of Economic). As my concern, my friend didn't even finish her high school.
Not wanting to be so negative thinking, I triple check to my firends and neighbours yet they also feel strange. Her closest neighbour whom also my bestfriend sworn to me that the X girl (i named it so we not confuse in the future) never finished her high school. wow something is suspicious here!!!!
I don't need to encounter it with my friend, but something is tickle me. Honesty.

I want to talking about honesty here (despite of my firend's lie or not). Lately, I found that people's lie is could be used as an excuse to solve a problem. Am I being naive here? (yes, as usually).
I won't discuss about what is right or wrong with lying. but i'd like to stressed to the feeling itself when peoples are lying.
I can lie for a good reason (as en excuse). Whatever lie is lie, and i believed people lying are initially for good reason as like saving my own ass by lying, didn't want to hurt someone's feeling or any other 'good' reason.
I can't tell that i never lied. I lied (a lot) especially to my parents about many simple things because i don't wanna hurt 'em (and of course for saving my ass). But how to divide between bad or good lie if initially lie was made for good?
Hmm...let me see to the impact of lie. As example the X girl case. I am really sure that her lie was initially for good intention but turned out become public lies. Lie is just like a spider web or snowball effect. Firstly, it was a small lie but eventually it trapped our whole life.
Funny that, lately i found some strange phenomenon. Several times, I am introduced to stranger and for good impression, they started to tell abut their (imaginary) excellent job, or income. Yes, is boasting also considering as lie? I also sure that their boast is for good intention, not for deceive me.
That phenomenon, the boasting and the X girl case_If i may think harder, causing by the fast-change of our environment. People are so demanding about 'cool' stuff like high income job, high grade title, high class association. That makes people start to boasting about that stuff.
I can see it on social media (tell me i am not the only one). The good thing of social media is we re-associate with our old friend whom separated by thousand miles distant and time. But, we also can see their activities thru their status updated. Someone check in Eiffel tower while we are read it at 3m x 3m bed room with our old CPU. How we can not at least jealous a bit ? Well, whom we can blame to? our low self-esteem or our friend's show off activities?
Thus, wanted or not has caused people to start boasting their life so can make a good impression for others. Hey, but not all peoples love boasting but show off hahahaha...same, rite?
Ok, I am not focusing now (my bad). But hey lesson learned! I barely opened my social media and read crap stuff that my friends try to show off (though I doubt that they intend to show off but just can't help their self to sharing their mind) especially when my period comes to avoid my self felt unknownly sad.
Actually what I want to tell...It is 1000% our decision to telling a lie for good intention but it is also 2000% our consequences to being trapped with that lie it self. May be one lie can save my ass, but there will be more that able to trapped me like a spider web.
And hey, dont we feel sad when we lie to our self? felt hideous, and unsettled? Rule number one, don't lie to our self! how people will believe us if we cant barely being honest to our self?
So just decide it, feel saved or trapped by lie? Time to take courage or forever looser?
Calm down pals, there will be certain age when peoples stop to check in somewhere just to show off where their ass has been sit. Wait and see, they will mature eventually (with us certainly).
Posted using BlogPress from my iPad
Tips : if your friend boasting something, just treat it like junk food. Don't keep it to your precious body, just by pass it and get it out like a sh*t.