The thing about hunting cherry blossoms is daunting at beginning. Not because of the destination, more or less about the timing. Cherry Blossoms season in South Korea usually started on mid March until end of April as the remarks of the beginning spring season. The problem lays on predicting which week is the closest timing for the blooming date. Once the ticket issued (especially when it is promo ticket), there is no going back unless we pray we chose the right week.

My Journey to South Korea is simply unplanned. One day, me and husband saw a ticket promo to South Korea while looking for domestic tour. Then without any research or prediction, we chose first week of April with departure time less than a month-just because it is safe choice.

Hustle and bustle preparing visa, we almost tempted to go without itinerary. But then thanks to Pinterest and waiting time in halte, I found beautiful picture of cherry blossom tunnel in Jinhae. Since that day, I started my research on Jinhae, how to go there, which spots are worth to visit meanwhile hoping my visa application will be approved.

Every day, I checked on Instagram and twitter to see whether it is already blossomed! Really, it is like pervert business checking on hashtag Jinhae twice every day. Plus I began obsessed to check Cherry Blossom prediction issued by Korean Government via their official website. In 2016 the blossom date prediction for Jinhae is March 30 whilst Jeju is March, 24 and Seoul April 07. So, I guess my choice is quite safe.

Since my journey is quite short, 7 Night 6 Days, I planned my trip for four city only; Jinhae, Busan (since it is near to Jinhae), Jeju Island and Last Seoul. I almost eliminate all the shopping itinerary-pure only to see the mighty cherry blossoms.

Once my visa got approved, I buy airplane tickets to Jeju via skyscanner.com. Actually, I was bit skeptical to went Jeju Island because when I arrived, the peak time is already passed. Plus unfortunately, the price is sky-rocketing since the last time I checked two weeks previously. From IDR 350K (two way) become IDR 1.5M two way :(

I depart on Tuesday, April 06 via Garuda Indonesia to South Korea. When I arrived in Incheon International Airport, I was welcomed by the long queue of immigration. May be because of the cherry blossom season, many people around the world  come to Korea to experience Spring season.

It took almost 1.5 hours to release from immigration, and we decided to take Airport Express (AREX) to get downtown. There are several choices of public transportation to get downtown of Seoul i.e. Airport Limousin, AREX and Munghungwa Train (stop at each station). The fare of AREX is not too expensive, about KRW 80K or IDR 100 K. Lucky me, asking whether any promo or not, I get free AREX ticket by showing my JCB Card and boarding pass.

To get the station is quite easy If we read directions patiently. Just go down to several floor from the arrival hall and then we see ticket counter in the middle hall-that's where we get free ticket. Then we walk about 10 meters to tap the card (which already given after 'purchase' the ticket) and enter the AREX station.

Beside the card, we also receive a receipt to show the seating arrangement, car and platform number. Like I said before, to find the platform is quite easy IF We read every direction slowly and patiently. From my honest opinion, the directions is confusing enough due to the lack Roman font-most of hangul.

When we arrived in Seoul Station, we buy T-Money (which like Suica in Japan) in GS25-the convenient store. T-money will be used as 'ticket' to get thru almost all transportation in South Korea; train, munghuwa, Metro, express train, local bus, even limousine bus. Also to pay anything we buy in convenient store. Card only sold as KRW 3000 and we can directly recharge at machine anywhere at station or convenient store.

There are several different type of train running in South Korea which detail as follows:
1. Metropolitan or "Metro" is typically subway. The vendor is not only Korail (the biggest train company in Korea) also private company. But don't worry, everything is integrated so we don't even feel any differences. The fare can be checked on here
2. KTX or bullet train (just like Shinkansen) usually runs across the cities with high speed (more than 250 km/h). It only stops in capital city like Seoul, Busan, Changwon, Daegu, etc.
3. Mugunghwa is usual train which running across different city.
The local train fare in South Korea is based on distance, as example the first 10 km in Seoul is KRW 1250 and 100 KRW for every additional 5kms.


Basically,  here is my itinerary and I will break down my story in each city or point of interest:


Also for Budgeting,because this is unplanned holiday, we try our best to press budget as possibly way. Here is the breakdown without daily expense in IDR (for two persons):

As you can see, the total costs incurred is lower than we join a tour package (IDR 12 Mio ++ per person)  plus we got more cities to visit such as Busan, and Jinhae. Give or take daily meal for two persons are KRW 50,000 or IDR 550K (proper meal, snack and mix of fast food) for 6 days, The total expense go to Korea for two persons for 7N6D (add with metro, bus, taxi) approximately IDR 23 Mio ++. Sure it can be cheaper if we change hotel (from 3-4 stars) in Seoul to any Airbnb.


Ok, Let's start our story right to the following episodes:

7. Where to find Cherry Blossom at Seoul 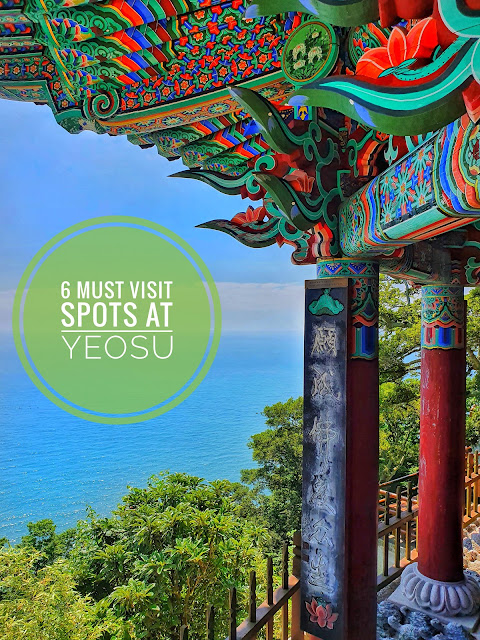